Blueprint is a new series based on the artist’s recent public artwork. The large hand-painted windows are located at Great Gulf’s condominium development in downtown Toronto. Shea’s Victoria Theatre once stood on this site. This Beaux-Arts vaudeville playhouse was designed in 1908. The paintings take their inspiration from the theatre’s blueprints. Harvey captures the fragments of century-old motifs. She liquifies them into a riot of curving shapes and colour-saturated lines. These flourishes provide a jumping-off point for her to reference Toronto’s built history.

Blueprint is a new series which evolved out of the ambitious public artwork the artist is working on for Great Gulf’s condominium development at the corner of Richmond East and Victoria streets. Harvey discovered this was the site of a Beaux-Arts theatre designed in 1908 by Charles James Reid for vaudeville acts and the first silent films. Called Shea’s Victoria, its exterior was relatively modest while inside it was as ornate as the live-theatre houses of the same era, including the Elgin and Winter Garden around the corner on Yonge Street.

Defined by a riot of curving shapes and colour-saturated lines, the paintings take their inspiration from the theatre’s original blueprints. They reveal such elaborate embellishments as a classical harp motif in stained glass above the ticket booth and wrought iron railings like the ones found in the Petite Palace in Paris. These flourishes provide a jumping-off point for the artist to reference Toronto’s built history.

The paintings share a similar cinematic sensibility to what the final public art installations will be like when completed in late 2020. Located at street level, the artworks consist of three layers of hand-painted glass lit from behind by LED panels. Their staggered repetitions of patterns reference the first “moving pictures”, and their luminous appearance is also a nod to filmic celluloid. The dynamism of this art glass comes from gestural flourishes that the artist frequently adds and deletes, or wet glazes where she wipes away linear drawings to reveal layers behind.

As with her other series, the public art project has provided new material for Harvey’s painting practice. Curves and forms that started as fragments of century-old motifs liquify into brilliant colour and light. The “Blueprint” series has an energy all its own. Each painting’s composition, maximized to the spatial boundaries of its framework, offers a powerful display of painterly expression and passion. 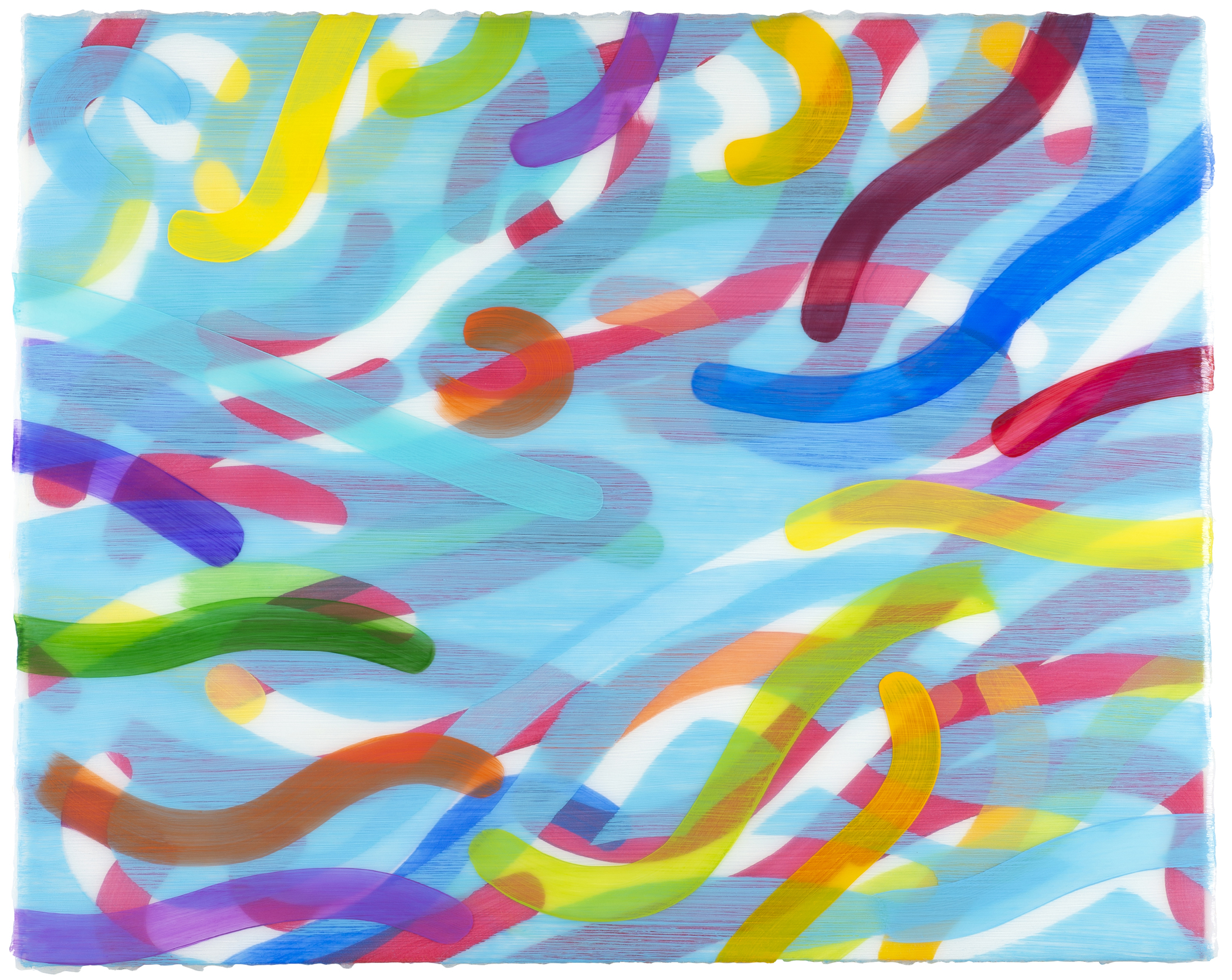